What is the problem of foaming on the board?

1.The problem of surface cleanliness;

2. The problem of surface micro-roughness (or surface energy).

All board surface blistering problems can be summarized as the above reasons.

It is difficult to resist the coating stress, mechanical stress and thermal stress in the process of production and assembly due to the poor or too low adhesion between coatings, which eventually results in different degrees of separation between coatings. Some factors that may cause poor surface quality in the process of production and processing are summarized as follows:

Especially for some thinner substrates (generally less than 0.8mm), because of the poor rigidity of the substrates, it is not appropriate to use the brusher.

In this way, it may not be useful to remove the protective layer specially treated in order to avoid oxidation of copper foil on the plate surface in the process of production and processing of the substrate. Although the layer is thinner and the brush plate is easier to remove, it is difficult to select chemical treatment. Therefore, attention should be paid to the control of production and processing so as to avoid the formation of copper foil on the plate surface and chemical copper. The problem of foaming on the plate surface caused by poor bonding force; when the thin inner layer is blackened, there will also be some problems such as poor blackening and browning, uneven color, partial black browning and so on.

2. The appearance of oil contamination or other liquid contaminated dust contamination caused by the process of surface machining (drilling, lamination, milling, etc.) is poorly handled.

The excessive pressure of the grinding plate before sinking copper results in the deformation of the orifice and brushing out the round corners of the orifice copper foil and even the leakage base material of the orifice, which will result in the blistering phenomenon of the orifice in the process of electroplating, tin spraying and welding of sinking copper. Even if the brushing plate does not form the leakage base material, the excessive brushing plate will increase the roughness of the orifice copper, so in the process of micro-corrosion coarsening Copper foil is prone to coarsening excessively, and there are also some quality risks. Therefore, we should pay attention to strengthening the control of brush technology, and adjust the process parameters of brush board to the best through wear mark experiment and water film experiment. 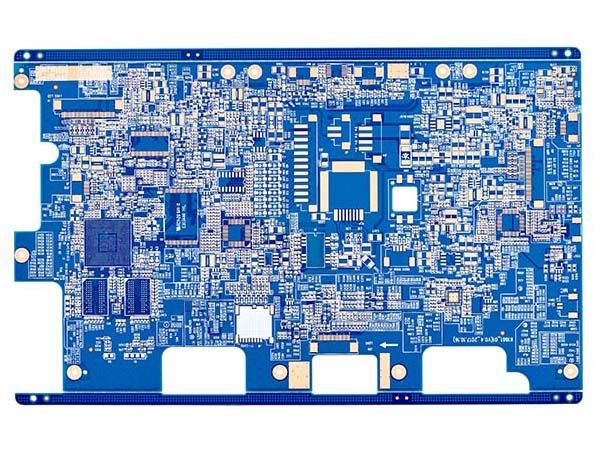 Because the electroplating treatment of copper deposit needs a lot of chemical and pharmaceutical water treatment, there are many kinds of acid-base non-polar organic and other pharmaceutical solvents, and the water on the surface of the plate is not clean. Especially, the adjustment of deoiling agent for copper deposit will not only cause interpenetrating pollution, but also form some defects such as poor treatment or unsafe treatment effect on the surface of the plate and uneven formation of some knots. Therefore, we should pay attention to strengthening the control of water washing, including the control of water flow, water quality, washing time and plate dripping time, etc. Especially in winter when the temperature is low, the effect of water washing will be greatly reduced, and we should pay more attention to the control of water washing.

Excessive Micro-etching will lead to the formation of leaky substrate around the aperture, forming bubbling phenomenon; lack of Micro-etching will also form a lack of binding force, causing bubbling phenomenon; therefore, it is necessary to strengthen the control of micro-etching; generally, the Micro-etching depth before copper deposition is 1.5-2 micron, and the Micro-etching before graphic plating is 0.3-1 micron, the best way is through chemical composition. Analytical and simple experimental weighing method is used to control Micro-etching thickness or corrosion rate; under normal circumstances, the surface of micro-etched plate is bright, uniform pink, without reflecting light; if the color is not uniform, or reflecting light clarifies that there is a hidden quality hazard in pre-processing; pay attention to strengthening inspection; in addition, the copper content of Micro-etching tank, bath temperature, load, Micro-etching The dosage and so on are the items that should be paid attention to.

6. Copper sinking and rework is not good:

In the process of rework, some rework boards with copper sinking or pattern switching will foam due to poor plating, incorrect rework methods or improper control of micro-corrosion time in the process of rework or other reasons. If the copper sinking is found on-line, the rework of the copper sinking board can be directly removed oil from the line after washing without commission erosion. Rework; It's better not to degrease and micro-etch from scratch; for the plate that has been electrically thickened, the Micro-etching trough should be discarded now, and attention should be paid to time control, so that the discarding time can be roughly estimated with one or two plates to ensure the effect of discarding; after discarding, a group of soft abrasive brushes should be applied after the plating machine is finished, and then copper deposited according to the normal production process, but corrosion occurs. The time of micro-erosion should be reduced by half or adjusted as necessary.

8. The activity of copper precipitate is too strong.

The high content of the three major components in the new cylinder opening or bath solution, especially copper content, will result in excessive activity of bath solution, rough accumulation of chemical copper, hydrogen, cuprous oxide and other defects of the coating formed by excessive mixing in the chemical copper layer, such as the decrease of the quality of the coating and poor bonding force; the following measures can be taken appropriately: reducing copper content; (Replenishing pure water into tank liquid) contains three major components, such as properly increasing the content of complexing agent and stabilizer, properly decreasing the temperature of tank liquid, etc.

9. Lack of washing after developing, too long placing time after developing or too much dust in workshop will result in poor surface cleanliness and poor fibre treatment, which may lead to potential quality problems.

11. The pickling tank before copper plating should be replaced in time. The contamination in the bath is too much or the copper content is too high. It will not only cause the cleanliness of the plate surface, but also cause the rough surface of the plate.

12. In addition, when the bath is not heated during the production in some factories in winter, special attention should be paid to the charged ingress of the plate in the production process, especially the air-mixing bath, such as copper and nickel. For the nickel cylinder in winter, it is better to add a heated water bath before nickel plating (the water temperature is about 30-40 degrees), so as to ensure that the initial nickel deposit is compact and good.