How are PCB boards made? PCB boards are made of insulating, heat-insulating and non-bending materials. The fine line material that can be seen on the outside is copper foil, which was originally concealed on the whole PCB board, but in the manufacturing process part was etched off, and the remaining part became a network of fine lines. These lines are called wires or wiring and are used to provide circuit connection for parts on PCB boards. Generally, the color of PCB board is green or brown, which is the color of solder resistance paint. It is an insulating protective layer that can maintain copper wires and prevent parts from being welded to incorrect locations. 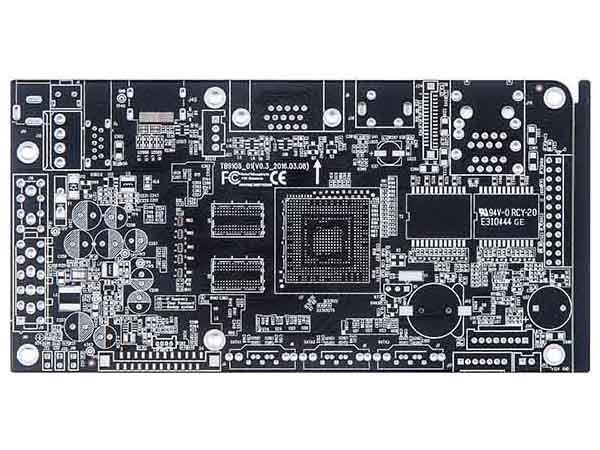 Multilayer boards are now used on both motherboards and graphics cards, greatly increasing the area of wiring. More single or double-sided wiring boards are used in the multi-layer boards, and a layer of insulating layer is placed between each layer of boards and then pressed together. The layers of PCB board represent several independent layers of wiring. Generally, the layers are even, and include the outermost two layers. The common PCB board is usually 4-8 layers. The number of layers of many PCB boards can be seen by looking at the section of PCB boards. But in fact, no one has such a good eye. So, here's another way to teach you.

The circuit connection of multi-layer board is through buried hole and blind hole technology. The main board and display card mostly use 4-layer PCB board, and some use 6, 8 or even 10-layer PCB board. If you want to see how many layers of PCB there are, you can identify them by investigating the guide holes, because the four layers used on the motherboard and the display card are the first and fourth layers, and the other layers have other uses (ground wire and power supply). So, like the double-deck board, the guide hole will pierce the PCB board. If some guide holes appear on the front of the PCB board, but can not be found in harmony, then it must be 6/8 ply. If PCB boards can find the same guide holes, they will be four-ply boards naturally.