With the development of science and technology era, more and more products, more and more powerful functions and higher requirements of products are produced in the special electronic industry. As long as there are circuit boards inside the electronic products to control the entire equipment, circuit boards are also integrated from various materials.  Why do Jiangmen single-sided and double-sided circuit boards spray three-proof paint?  Moisture is the most common and destructive factor for PCB boards. Excessive humidity will greatly reduce the insulation resistance between conductors, accelerate high-speed differentiation, reduce Q value, and corrode conductors. We often see that the copper green in the metal part of PCB circuit boards is caused by the chemical reaction of copper without coatings with water vapor and oxygen.  Hundreds of pollutants found casually on printed circuit boards have the same destructive power. They can lead to the same results as moisture erosion - electron decay, corrosion of conductors and even irreversible short circuits. The most common pollutants found in electrical systems may be chemical residues in the process. For example, these pollutants include flux, solvent release agent, metal particles and marking ink. There are also major polluting groups formed inadvertently by human hands, such as human fat, fingerprints, cosmetics and food residues. There are also many pollutants in the operating environment, such as salt spray, sand, fuel, acid, and other corrosive steam and mold. 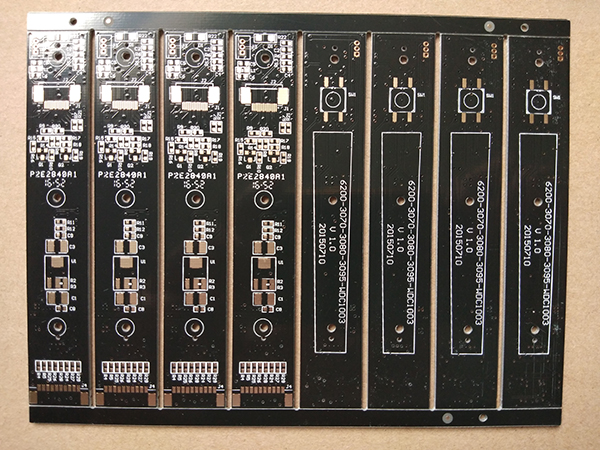 The application of three coatings on printed circuit boards and components can reduce or eliminate the deterioration of electronic operation function when it may be affected by adverse factors of operation environment. If the coating can keep its function for a satisfactory period of time, for example, longer than the service life of the product, it can be regarded as having reached its coating intent.  Even if the coating is very thin, it will be able to accept mechanical vibration and swing, thermal shock, and operation at high temperature to a certain extent. Of course, the idea that thin films can be used to make the various parts inserted in printed circuit boards have mechanical strength or satisfy insulation is wrong. Components must be mechanically inserted and fitted with their own sealants, so that there is double insurance against accidents.The article originated from Jiangmen single-sided and double-sided circuit boards. http://www.yonghongpcb.com